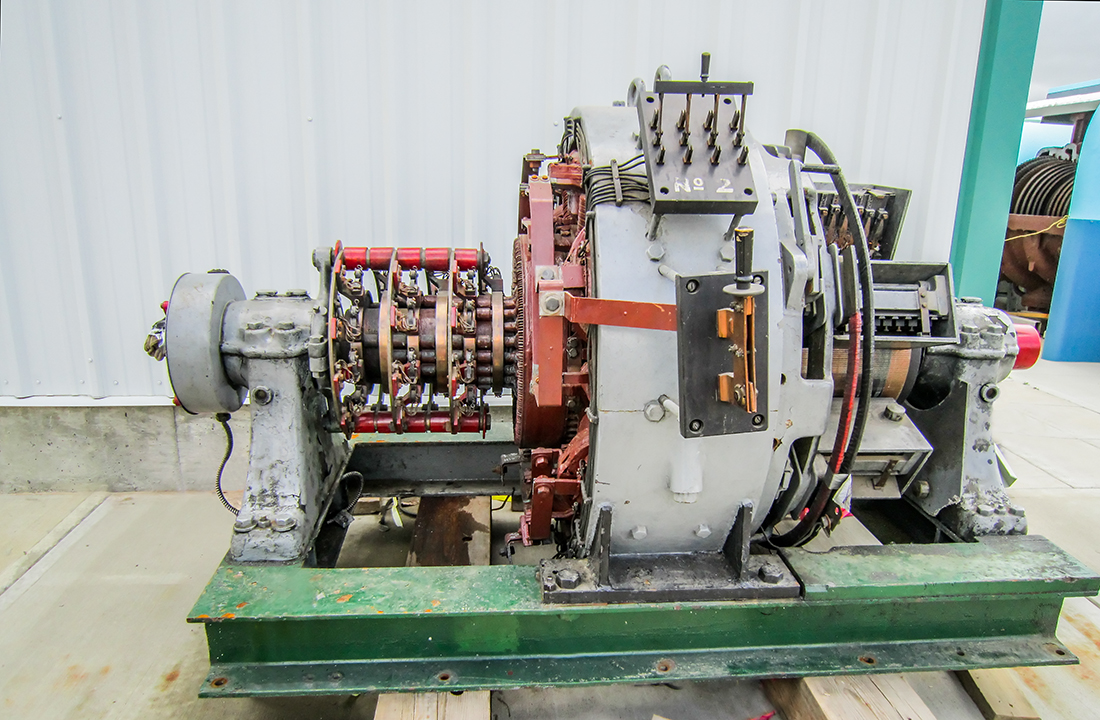 
The Synchronous Converter was typically used to provide Direct Current (DC) for electrolysis in smelting, for traction motors in mine lifts and for street railway systems.

The unit pictured had an Alternating Current (AC) input of 834 amps and a DC current output of 600 volts. This particular converter was used in the 1940s at Hudson Bay Mining and Smelting in Flin Flon, Manitoba.